We started our IVF journey in June 2020 with Doctor visits and interviews. By August 2021, we were READY to start the shots and surgeries and whole IVF process with Dr. Keenan at Southeastern Fertility/ National Embryo Donation Center in Farragut, TN. (If you have any IVF questions, we’re happy to answer them.)

For this child I prayed,

and the Lord has granted me my petition that I made to him.

That verse has taken on a WHOLE new meaning. It has been blood, sweat, tears and a whole lot of PRAYING to get us here. We are so Blessed to have praying grandparents, aunts, uncles, big brothers and a whole army of friends for this little baby.

As of right now, we do not plan on finding out if it’s a boy or a girl. Whitney says she has waited so long that waiting until November is a cake walk.

Jason says it’s a girl because… he already has 2 boys.

Whitney says it’s a boy because… Jason already made 2 boys.

It doesn’t matter to us if it’s a boy or a girl.

Our ultrasound tech has already assured us that we have a brain, a liver, 2 kidneys and other organs that I can’t remember right now.

Does it have a name?

We have nicknamed it the Cargo. Feel free to include the Cargo in your prayers. 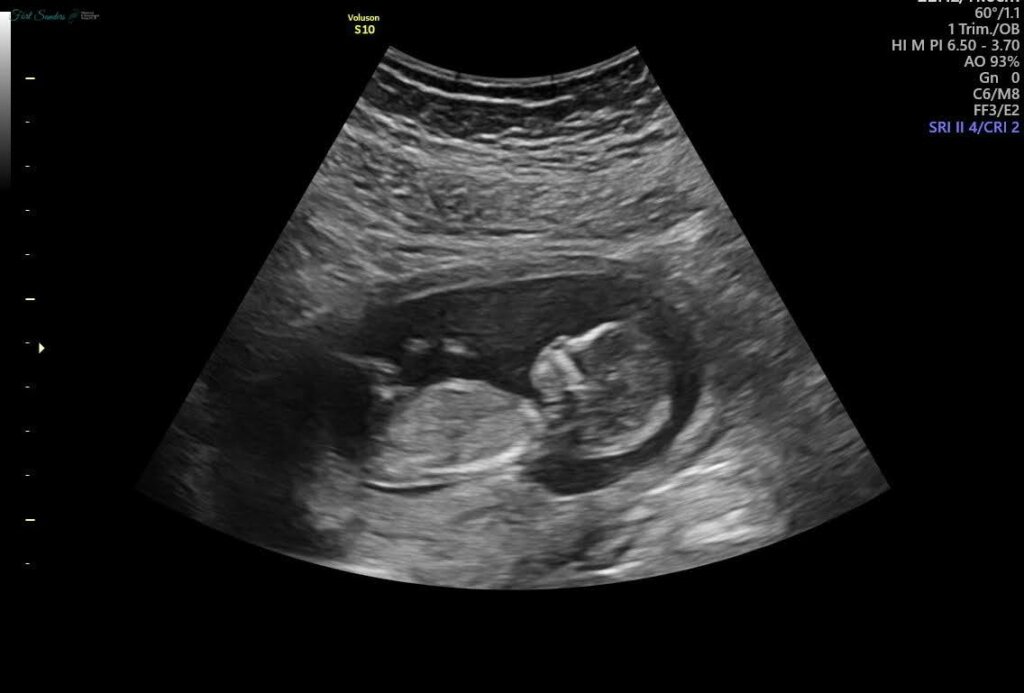 Have we started a registry?

If you feel inclined to send gifts, here are links to our Amazon and Buy Buy Baby registries.

Whitney is a first time Mom and completely confused on what she needs, so if you know of something and it’s not on the registry- PLEASE GET IT.

If you want to wait until after November to buy clothes, no problem. We have created 4 registries in Jason’s hometown and they are prepared for those orders.

When will you start having Baby Showers?

We’ll have a Knoxville shower at our home in Strawberry Plains BEFORE baby arrives, probably in September.

Then we’ll have a Colquitt shower AFTER baby arrives, probably in January so everyone can meet the newest Baby East!

The next section is ONLY for the NOSEY people

Do NOT continue scrolling if you are NOT nosey.

A long, long time ago, Jason decided he was “done” having kids so he had a procedure.

YEARSSSSSSS later and after a lot of LIFE things happened, we met a truck stop on the way to the Bristol race.

We fell in love, dated, travelled the country and drove back and forth to Georgia and Tennessee A LOT…

One Saturday morning, we broke up in a Krispy Kreme parking lot on the way to Biltmore for a weekend of R, R & R (romance, rest and relaxation.)

We reconciled a few weeks later and were engaged in the next couple of months.

We tied the knot TWICE.

When did IVF start ?

Both of those decisions saved our marriage.

In July 2019, Whitney took Gavin to the same UPW event in Dallas, TX and it hit her like a ton of bricks.

It was time to start a family.

Y’all remember the end of 2019 and beginning of 2020, right… Yeah… so a YEAR later we were visiting doctors and taking virtual appointments.

We decided on our 5 year anniversary trip to Crystal River, FL that it was TIME to go for it.

COVID hit our families and we lost Jason’s dad.

Everything was on pause indefinitely.

Fast forward to May…

Something about summertime triggers Whitney’s clock… we set our first IVF appointment for August 2021.

(If you are considering IVF, get started ASAP. This process took us 4 YEARS from the moment Whitney was ready.)

Whitney is afraid of needles and cried the whole entire first appointment. Jason will have to tell you what happened.

(Basically, it had been so long since his procedure and we were both so old that chances of making Baby East without IVF was like <18%… )

Then she boo hoo’ed through the SECOND appointment. (Everything was fine. Bloodwork looked good. Body was behaving. She was just overwhelmed… and still scared of needles.)

Nerves. Questions. We only knew 1 other person who had been through IVF.

By the third appointment, Jason had reassured her that everything was ok and this was a HAPPY time!!!

We were making a baby!!!

He held her hand through every blood draw and counted down the needle poke every night.

For the first month, it was just pills to control ovaries and egg production.

Then it was a small shot in the belly once a day, then twice a day.

December 9 we had an in office procedure to collect as many eggs as I could make.

The embryologist combined Whitney’s eggs and Jason’s sperm same day in the office so we could be assured it was the right eggs and right sperm.

Whitney had developed OHSS which made her egg retrieval recovery more intense than anticipated.

TMI but honestly I could only wee sitting down in the shower and letting the water wash over me.

My tummy was UPSET for a full 48 hours.

The embryologist called and told us-

Then MORE GOOD NEWS on December 15!!!

This is a FANTASTIC number!!!!

It does mean we lost a few… but lots of mamas only retrieve 6 eggs… we have 6 FERTILIZED embryos on ice!!!!

Best Christmas present we could have asked for!

January was a bit of a rest…

then the big SHOTS started… Twice a day in the booty.

These shots were to get my body ready to RECEIVE and HOLD the embaby.

We were 10 days in when we had a prep appointment with the Doctor for transfer.

We wore our masks. We were cautious to wash hands and not touch too much in the office.

We passed the appointment then had to give some blood.

Phew! River had developed something on her lip and her vet called.

I enjoy nervous chatter during the blood work so I had Jason put the vet on SEAKER HONE to discuss the doggie.

“So yall just had COVID”

Facepalm. OMG. Would they kick us out?! Would we have to start over?! What would happen if they knew we were rebounding?!

Nothing. They didn’t seem to mind too much.

**IF we had been SICK at the time of the egg transfer THEN it would have been a bigger deal or show stopper. So if we were going to get it, God gave it to us at the perfect timing. **

Finally after weeks of shots and pills and resting it was the night before our TRANSFER DAY!!!

The IVF mascot is a pineapple. It is supposed to bring good luck to all infertility patients.

I cried when I saw the water of the day was pineapple!!!!

Thank you Lord Thank you for all the good signs!!!

Transfer Day is a HUGE deal for IVF mamas and daddies.

This is THE big day where the doctors thaw the eggs, everyone prays the eggs thaw at the right speed and maintain their consistency.

You have to choose how many eggs to thaw a week ahead of time.

If one doesn’t thaw correctly or if BOTH don’t thaw the way the doctors wants them, you are out of luck.

It is a VERY intense situation and can be a stressful day.

We actually transferred 2 embabies because… we are old.

(And yes there’s a chance BOTH embabies will stick and…. TWINS!!!)

Dr Keenan laughed and said THAT was in God’s hands.

It was so comforting to both of us to having a praying doctor and staff look over our experience.

Dr Keenan himself prayed over us before egg retrieval AND embaby transfer.

Made a huge difference in settling our nerves.

Thank you Lord thank you!!!! EVERYTHING WENT PERFECTLY!!!!

After Transfer, it is good luck to eat McDs fries… The salt helps the embabies stick.

Then you’re supposed to eat the CORE of the pineapple once a day for 5 days.

Jason was sad to cut his buddy…

What happens after Transfer?

Well… it’s not exactly strict bedrest but don’t move as much as possible.

On 3/3/22 we were released to go to Gatlinburg for Loveland Baptist Church’s marriage retreat.

Driving into the Great Smoky Mountains, we got the call…

So- How was the First Trimester?

First trimester was the worst seasickness I’ve ever had.

River was a good nurse but it was ROUGH.

Once shots were done- I practically RAN to Florida for some Recouping… and I stayed for 6 weeks!

It was glorious but I quickly realized that my body wasn’t on the same page as my mind.

One day on the beach or by the pool and I was in bed for the next two days.

I was hot, nauseous, twitchy, itchy and generally uncomfortable.

Same story in the second trimester except… I was in Knoxville.

And I had quite a few GREAT days at home where I felt like ME again.

Buddy… let me tell you… the DAY I entered the THIRD trimester- it was like the first trimester ALLLLLLL over again… but HOTTER!!

I had a little scare with my glucose levels- I failed the 1 hour test.

So we stuidied harder and Mom went with me for the 3 hour test. I PASSED!!!!

Third Trimester has kicked my tail!

Dad had to come get me and River from our house two Friday’s in a row because I couldn’t take care of myself.

I’ve been camping out at Mom and Dad’s place every weekend for awhile now.

On September 17th- we hosted 70+ people at our home on the Holston River for Cargo’s Baby Shower.

It was a FANTASTIC day and we appreciate everyone who attended, sent gifts, cards, prayers and showered us with love from near and far.

(Yes, this a page on the Whitney Buys Houses website… It’s the only way I knew how to make a website for everything Baby East! )